The New Zealand Wars and the School Curriculum

By Joanna Kidman and Vincent O'Malley

The New Zealand Wars (1845-72) had a decisive influence over the course of the nation’s history. Yet Pākehā have not always cared to remember them in anything approaching a robust manner, engaging at different times either in elaborate myth-making that painted the wars as chivalrous and noble or, when that was no longer tenable, actively choosing to ignore them altogether. More recently there are signs of a greater willingness to face up to the bitter and bloody realities of these conflicts. For many Māori, that is not before time.

If a turning point in Pākehā remembrance could be identified, then perhaps it might be the petition organised by students from Ōtorohanga College that led to a national day of commemoration for the New Zealand Wars (Rā Maumahara). In 2014, students from the school, some as young as 15, visited nearby Ōrākau and Rangiaowhia. The group was led by kaumātua who were descendants of the survivors. At each site, they recounted what took place during the invasions and the ongoing impact on hapū and iwi.

These stories had a profound effect on the students and their teachers, not least because the events in question took place in the Waikato, where they lived. Yet very few Pākehā seemed to know anything about them. These silences weighed heavily on the young people. They responded by starting a petition which called on the government to officially acknowledge the New Zealand Wars in a national day of commemoration and also to introduce local histories and studies of these conflicts into the  school curriculum. The petition, signed by more than 12,000 people and presented to Parliament in December 2015, attracted a groundswell of support from others who were also troubled by these silences. In August 2016, the government announced that a national day of commemoration would be established (although not as a statutory holiday). 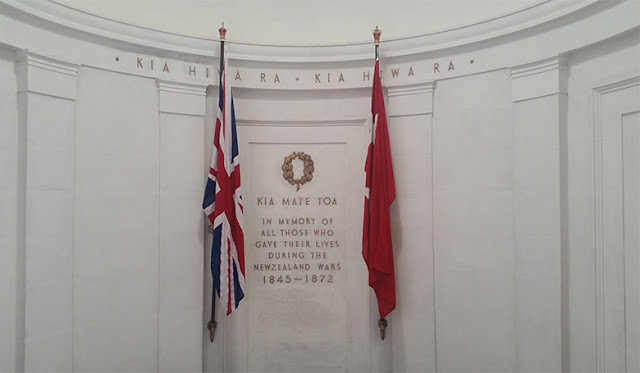 The first Rā Maumahara was hosted by Te Tai Tokerau iwi at Kororāreka in March 2018. But the government’s willingness to acknowledge the wars did not extend to the school curriculum. In a submission to the Māori Affairs Committee on the petition, the Ministry of Education voiced strong and uncompromising opposition to introducing the New Zealand Wars as a mandatory part of the curriculum, going so far as to suggest that such a move could damage the entire schooling sector. Peter Hughes, the Secretary for Education, argued that the Ministry “considers that implementing the petitioners’ recommendation would be a significant and unnecessary intervention likely to result in significant, negative systemic consequences for the New Zealand schooling sector.”

Hughes’ reasoning was that New Zealand’s non-prescriptive National Curriculum provides teachers with a high level of choice in designing their own curriculum topics. While the Ministry of Education sets out broad achievement objectives in each subject, schools are not required to teach specific topics nor are teachers told what to teach. The earliest achievement objective that potentially addresses New Zealand’s difficult past, albeit tangentially, is in the Year 10 social sciences curriculum which requires students to “Understand how the Treaty of Waitangi is responded to differently by people in different times and places”. Anecdotally, we know that some teachers use this as a basis for teaching about the New Zealand Wars but there is no requirement or expectation to do so.

The situation does not improve in the senior years of schooling. History is offered as an elective subject in NCEA from year 11 onwards, although only just over 20% of students take the subject at that level.1 Those students who opt for the subject and have motivated history teachers may learn about the New Zealand Wars at this point but many others leave school without ever hearing about these conflicts. The Ministry of Education encourages the teaching of this history but leaves the decision to individual schools and teachers. No data is collected on how many schools offer this topic so the level of uptake is unknown. However, it is known that many schools do not teach New Zealand history, let alone the history of the New Zealand Wars, at NCEA level.

There are various reasons that some teachers are reluctant to teach this history. According to Mark Sheehan, schools instinctively shy away from matters seen to be contentious or controversial. Conversely, proponents of teaching more New Zealand history in schools face an uphill battle against those convinced that the topic is ‘boring’. In some cases, it is argued that history is merely about learning new skills and that the actual content is irrelevant. That may chime with modern day education philosophies but fails to take account of the fact that most children will grow up in New Zealand. Schools should be more than simply vocational training centres but equip young people to fully engage in and understand their own communities. A basic knowledge of the history of one’s own country is an essential ingredient in that.

In other cases, teachers may lack the confidence or resources to begin teaching this history or may feel they lack the appropriate connections and contacts with local iwi. These practical constraints can be overcome with the required support. That might involve professional learning and development courses or workshops tailored to teaching the New Zealand Wars, funding for a range of written, audio-visual or web-based teaching and learning resources, and facilitation of site visits and dialogue with tribal historians and kaumātua. 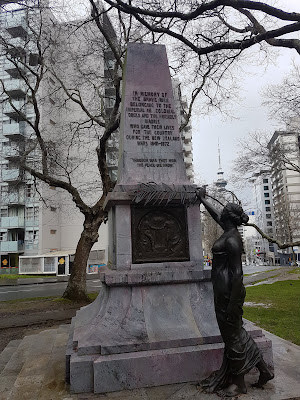 Although there has been much debate around the issue of compulsion, ensuring young people leave school with at least some understanding of this history is essential. This is too important to leave to the whims of individual schools and teachers. There are already aspects of the school curriculum that are compulsory. But so long as there is a requirement to teach about the New Zealand Wars, schools should be left to determine how they go about doing so. That would allow for place-based learning around the history of these conflicts.

A simple way of ensuring such an outcome might be to tweak the Treaty achievement objective in year 10 so that it is made explicit that the history of the New Zealand Wars should form part of this teaching. Doing so would ensure all children left school with at least some exposure to the topic. A more ambitious approach would embed it throughout the school years. Some primary schools already teach about the New Zealand Wars and that should be further encouraged, along with additional resources for promoting it as an NCEA option at years 11 to 13. We also need systems in place to capture data about the numbers of students who are learning this history so that future progress can be monitored. The Ministry of Education may be happy with the status quo, but many others are not and the debate is unlikely to disappear anytime soon.


First published at http://briefingpapers.co.nz/the-new-zealand-wars-and-the-school-curriculum/
Posted by Vincent O'Malley at 12:01