Calls are growing for us to take a more honest look at our past, particularly the wars over land and power that shaped the country.


It began with a single musket shot, fired perhaps by accident, in Wairau, near Nelson, in 1843. It ended with desultory gunfire in a steep and sodden gorge south of Waikaremoana in 1873.
Bookended by these two inglorious events, the New Zealand Wars claimed the lives of an estimated 2250 Māori and 560 British and colonial troops. Records are far from complete, but, including the wounded, the number of casualties could be more than 6000. The result was the transfer of nearly 1.5 million hectares of land into European hands, most commonly through the 1863 New Zealand Settlements Act. They changed the social, economic and political landscape forever. 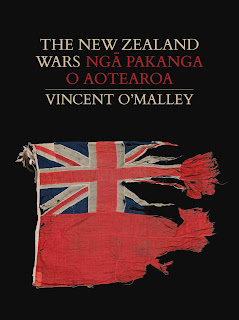 Still, says Wellington historian Vincent O’Malley, we barely talk about it. Commemorations are few, many of the war sites are degraded and unmarked, the myth of a chivalrous and noble battle, sowing the seeds for the “best race relations in the world”, has been shattered. Today, students can go through school without learning any New Zealand history.

“Which is staggering to me,” says O’Malley. “This is our story, our history. It happened here, in this place, relatively recently, and it had profound consequences for what New Zealand would become. These were defining conflicts of New Zealand history and, as a nation, we need to take ownership of them.”