The following extract comes from a portrait written by Philip Matthews and published by Stuff in May 2019.

New Zealand is slowly emerging from its amnesia about the 19th-century New Zealand Wars – we used to call them the Māori Wars or the Land Wars – and O'Malley is at least partially responsible for that.

His monumental 2016 book about the 1863-64 war in Waikato, The Great War for New Zealand, has now been followed by a smaller, more accessible, illustrated account, The New Zealand Wars Ngā Pakanga o Aotearoa. Ever wondered about the wars and why they happened? This is the ideal place to start. 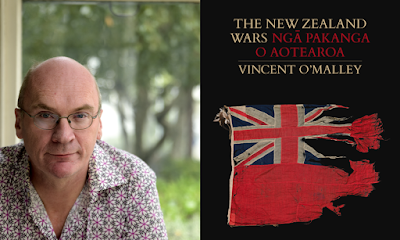 Essentially, the New Zealand Wars stretched across nearly 30 years, from 1845 to 1872, ranging from the Bay of Islands in the north to Wairau, near Blenheim, in the south, with a lot of action in Waikato and Taranaki. Some individual stories are better known than others: the messianic defiance of Te Kooti and Titokowaru​, Hone Heke and his repeated sabotage of British flagstaffs, the Parihaka tragedy of 1881 that was a post-script of sorts.

The Māori population was about 59,000 nationally in 1857-58 but some regions were more affected than others. As many as one in 10 Māori in Tūranga, the area around Gisborne, were killed or wounded in one week in 1865.

There is a lasting legacy as well. The relative depression of Northland since the wars, the sudden dominance of Auckland, the lasting economic and cultural pain of land confiscations, the end of a Māori-Pākehā partnership – all these can be traced to the wars. As O'Malley says in the book, "any discussion of contemporary Māori poverty that fails to acknowledge the long history of invasion, dispossession and confiscation is missing a vital part of the story".